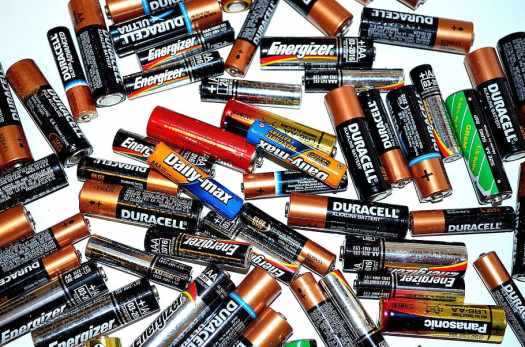 Everyone is researching new battery chemistries that will push drones into the next category of flight endurance. There is an expectation that this new chemistry is just around the corner. While this may be true, it’s not guaranteed. The problem is that the industries driving the development of next-generation batteries are very different than the drone industry.

The two uses for batteries that are driving battery development are electric cars and power utilities. Electric vehicles need to increase their range so that you can drive further in a day and not worry about where you will recharge next. Electric car manufacturers also care quite a bit about cost and longevity.

Utilities need great big batteries to store all the energy their wind farms, or solar cells generate, so it is there when we need it. The price per kilowatt-hour of renewable electricity keeps falling and is already cheaper than many non-renewable sources. The problem is that renewable energy isn’t always available when you need it – at night and when there is no wind. To take advantage of this cheaper and cheaper renewable energy, utilities need some way to store all this energy, so it is available 24/7.

Both of these industries are very different from drones in that they can tolerate a relatively high minimum weight for their batteries. The utilities couldn’t care less if their batteries weight a few tons. Heck, tens of tons or hundreds of tons or thousands of tons are fine – it is all the same to the utilities – just so long as they are cheap. Cars, on the other hand, need something a bit lighter but can still tolerate a minimum battery weight measured in hundreds of kilograms.

So far, the battery industry has been keenly aware that the minimum weight of batteries is critical. Who wants a 20 kg flashlight or a 50 kg smartphone – even if it could last your lifetime before it needed charging? But batteries for cell phones and flashlights have reached the “good enough” point in the technology development process. Of course, I’d like a smartphone that lasted a couple of days between charging, but I can live pretty comfortably with the three-quarter day, or so I get now. If it becomes a problem, I just get an external battery. So, there is some pressure to improve the batteries we use now, but not all that much. You don’t see many cell phones advertising their battery “magic”. Battery life is a factor, but not a big one.

Now the pressure for better batteries comes from the automotive industry and electric utilities. Even though they are both currently using lithium-based batteries, cars and utilities have very different requirements from their batteries than cell phone manufacturers. Both industries can tolerate heavy batteries.

Some of the new chemistries currently being investigated involve air – chemistries like zinc-air, sodium air, and lithium-air. These chemistries are appealing because air has two convenient properties when it comes to batteries: it’s light, and it’s cheap.

“Light,” you say, “sounds perfect for my drone!” Except it isn’t. When they say air, what they really mean is oxygen. They perform better in lots of oxygen. These chemistries often cannot tolerate the contaminants that are found in unfiltered air, so they may need filters to get rid of carbon dioxide and water, or tanks of pure oxygen. The weight of this extra equipment to clean the air may be fine for cars and utilities, but they could be the kiss of death for use in drones. They might raise the minimum weight so that it is too high to be practical to use on a drone. A bit like fuel cells where all of the extra equipment that comes with a fuel cell adds too much to the weight to make them practical.

So, our next breakthrough battery technology might be entirely useless for drones. It’s entirely possible the future battery chemistry will deliver a massive increase in energy density but will need at least 25 kg of oxygen extraction and filtering equipment. Twenty-five kilograms is fine for the automobile manufacturers as well as electric utilities. It’s hard to see how it works for the drone industry.